Eva and her husband are the owners of The Cliff, a wonderful little restaurant in the Heights.
When I walked in, I was immediately transported to my roots of Southern California by the beachy décor and chill playlist. On top of a great menu, they also sell a carefully curated collection of local offerings, including coffee, skin products and condiments to name a few.
They just celebrated their 3 year anniversary in April and re-opened for take out last Friday!

Eva grew up with a restaurant background in Iceland and worked every front and back of house position in Manhattan. Upon living in the Heights, she and her husband felt like the restaurant scene in the Heights was missing something; she found the space and t 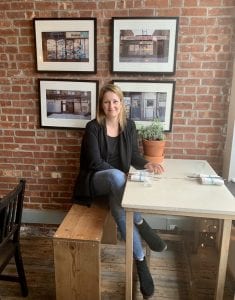 he rest is history. The Riverview Neighborhood Association was hugely involved along the way, from helping to figure out zoning and adding encouragement to the new entrepreneurs.
Fun fact, she was 7 months pregnant when they opened, no big deal! Pre-covid, she also hosted a Mother’s Group every Tuesday to bring mothers in the community together.

Shortly after she and her now husband started dating, she joined his band of 5 guys and they travelled throughout Europe, performing and releasing a record. After a fire destroyed their place in Brooklyn, they decided to relocate to the Heights. They were looking to buy and fell in love with the neighborhood. Little did they know that they would lose their new home in a fire again 10 years later (this is one strong mama we are talking about!). Her mother, sister and mother in law have been her pillars of strength and support throughout motherhood. They have dinner with her mother in law almost every night and she just loves the dynamic between her 2 year old daughter and 7 year old son and their grandmother. The Little Smiles Daycare up the block from The Cliff has also been a great find for her daughter.

Favorite pastimes in the neighborhood include spending time with her family at the Riverview Park, especially when the Farmer’s Market is going on. The fenced in playground is so wonderful and provides a sense of safety, and the community draw is so wonderful, you are guaranteed to run into friends and neighbors.
Another absolute favorite is Jersey City Heights Festival, a music and art series set up on Holland Street. The performances vary from ballet, quartets, bands, flame-throwers and more. She loves that the series, started by Walter and Margo Parks, showcases the different art and music that Jersey City is famous for and brings the community together.
Busy Bee Organics (the Watermelon Gazpacho in the summer is a must!) and Kanibal &Co. are favorites when it comes to shopping and food; who doesn’t want to buy everything at Kanibal?!

Listening to Eva tell me her story, the word “community” must have come up 15 times at least. Her dedication to bringing her neighbors and friends together is clearly the most important thing to her and the pride of which she speaks of Jersey City is heart warming. As we go through this tough and unknowing time, she is one of the greats who’s loyalty to her community will take us far. Do yourself a favor, grab some take out from the Cliff and introduce yourself, you won’t regret it! 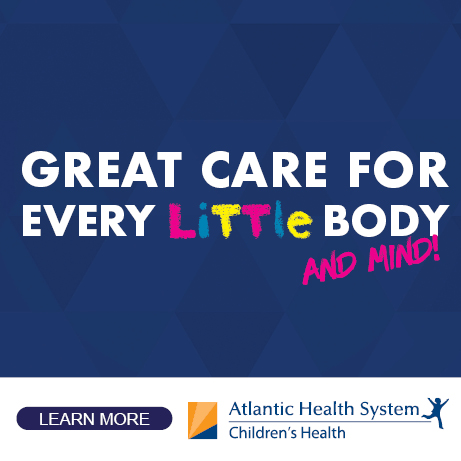